Is there any reason why the tenons on the rails have to go all the way through the rails? Is wedging that essential ?

Reason for asking is that I've just had a design change. Had some sapele for our back door but while prepping it up thought to myself 'Why am I making this out of hardwood ? The door is protected from the elements pretty well and so could be made from softwood.'

That way I could use the hardwood for the front door which is exposed - South facing. Trouble is I've already cut the rails and they're a bit shy of the required width.

I know one can make fox wedges but that's a bit ambitious for me !

The advantage of a bad memory is that one enjoys several times the same good things for the first time.
Friedrich Nietzsche
Top

I thought about that but they inevitably telegraph through any paint etc.
The advantage of a bad memory is that one enjoys several times the same good things for the first time.
Friedrich Nietzsche
Top

Given the position you are in I'd make through mortises with less than full penetration tenons. Wedge as normal and then fit small pieces to cover the recess. Yes these will be visible on the edge of the door but the normal method is visible too. You could even cut the rails asymmetrically so the exposed edge is as normal and the hinge side hides the bodge. All depends on how shy you are on rail length.
Just my non professional way out

You would still need a substantial tenon and would then be relying completely on the glue keeping the joint together so I'd use Polyproof waterproof adhesive. It's light years better than anything else, even West epoxy can't touch it, expensive though!
Keith
Top

I have made hardwood doors in the past from sapele, stopped the tenons from penetrating through the stiles and just glued them with Cascamite glue. They have been fine (external front doors too). I did it that way because tenons always shrink and protrude on the stiles and I preferred, at the time, to avoid the shrinkage shown by the through tenons.

When you make the mortice and tenon make sure they just slips together under light pressure, that way you know they will have the right glue line.

People on this website have been successful using the Festool Domino system of stub tenons which rely entirely on glue! (Several shortened loose tenons)

A lot of door manufacturers just use Dowels again these just rely on glue.

So long as you pay attention to obtaining the correct glue line in the joint, ensure the wood is seasoned and use a quality glue (not really pva) you should be ok. I'd used Cascamite for what you intend doing or use a similar quality glue (Polyproof waterproof adhesive). PVA is ok but I'd go with Cascamite or similar for stub type tenons.

Just my thoughts others may differ.

2 options as i see it as I don't think that stub tenons are suitable for an external door.

1. If you are only a little be shy, do through tenons and make it up in the frame section if you are making the frame too?
2. stump up the cash for some more rails. You are saving money on the back door by not using the hardwood. What style of door are you making? could you make the rail into mullions?

Maybe as a last resort, go with Bob's idea, it would still be technically correct and strong enough, but it wouldn't 'feel' right.

sainty wrote:
Maybe as a last resort, go with Bob's idea, it would still be technically correct and strong enough, but it wouldn't 'feel' right.

You know me to well Stu, unconventional to the end and proud of it!

sainty wrote:
Maybe as a last resort, go with Bob's idea, it would still be technically correct and strong enough, but it wouldn't 'feel' right.

You know me to well Stu, unconventional to the end and proud of it!

I like the idea Bob, just as a last resort! Actually if going asymmetrical do it the other way round so that the full strength is on the hanging side.
Top

Could always use a faux tenon end as the opening edge covers to fool the purists?

Many thanks, guys...lots of food for thought there.

Frame is already in situ - guess in extremis I could pad the frame out.

Key conclusion is that the back door is defo softwood (minimal rain coverage) and SWMBO wants that one done first.

I do have the large Festool Domino machine....that is the easy option at the end of the day ! Purists will disagree

This is the door design (in hindsight I reckon the one in the photo has been 'trimmed' ...!) 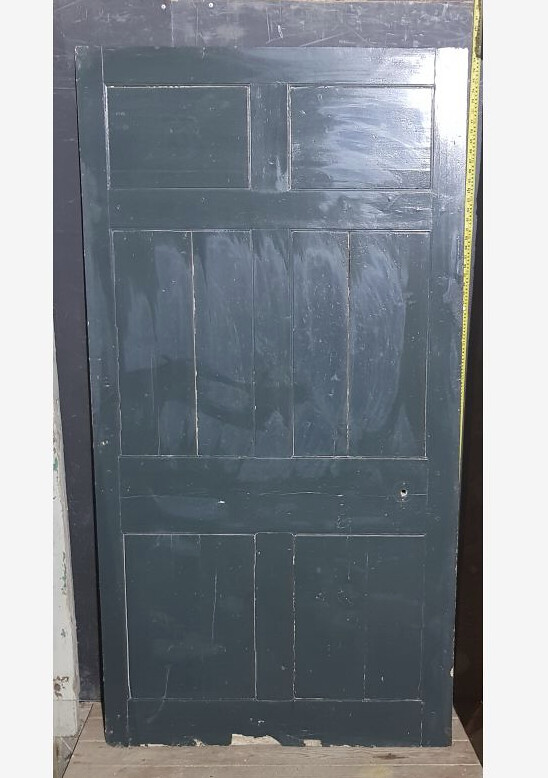 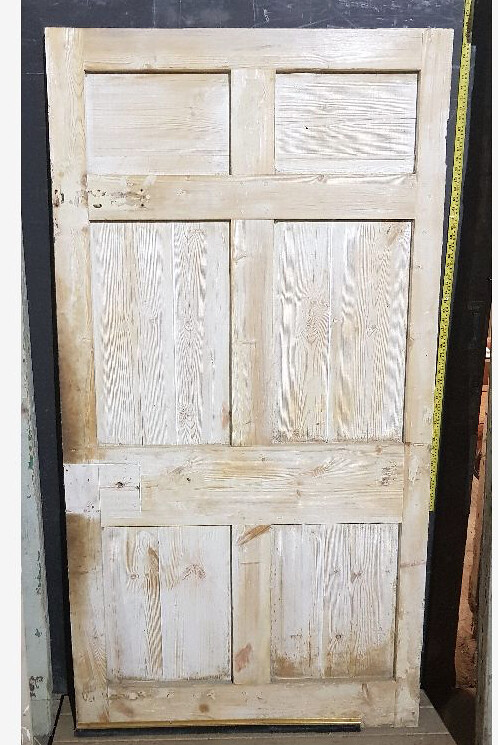 It's hard to see from the photos as to the actual panel design. Originally I'd thought that the front face of the panel was inline with that of the rails and stiles and that there was a c*ck bead added later. But looking closer, I'm now thinking that the panels are, in fact, set back slightly and that there is a quadrant moulded onto the rails and stiles. If you look at the centre stiles and follow the line through of the top and bottom of the rails, you'll see what I mean.
The advantage of a bad memory is that one enjoys several times the same good things for the first time.
Friedrich Nietzsche
Top
Post Reply
11 posts • Page 1 of 1